Hi Everyone! Welcome back to another review!

It’s Christmas! Which means only one thing in theatre land…it’s pantomime season! This is by far my favourite time of year because of no matter what pantomime you go to your always guaranteed a good time!

This year, once again we’re back at The Mercury Theatre in Colchester for this year’s pantomime of ‘Jack & The Beanstalk’! After going to The Mercury Theatre Pantos for some years now, there’s not a lot about them that I’ve not already said in previous years. What I can say, is that this year it was absolutely sublime and just around first class! 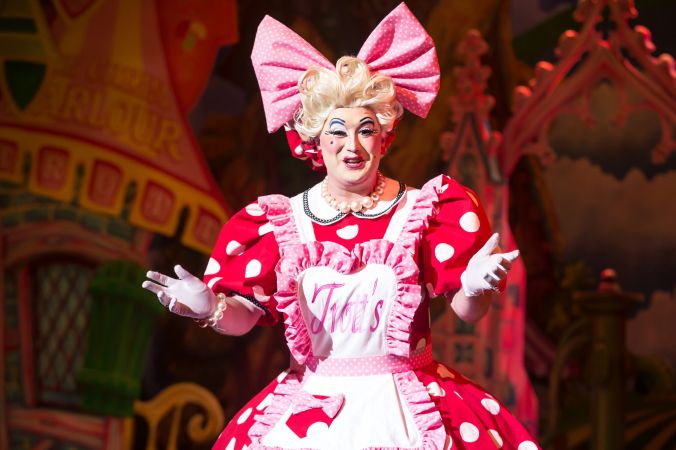 All of the cast were just brilliant, and out of this world. But it’s not a Mercury Theatre pantomime without Antony-Stuart-Hicks playing this ‘Dolly Trott’ Jack’s Mum who runs an ice-cream dairy, and Dale Superville as the family cow ‘Day-Z’ and yes it is actually spelled like that! These two were comedy gold as they are every year! Antony, as he does every year, had the audience rolling with laughter within the first thirty seconds of being on stage! There was even one point where he even came out into the audience and spotted me sitting on the end of a row, and let’s just say what happened next I was not expecting. But as soon as he saw me I knew something was coming! Mercury Theatre if your reading this, get this two back next year whatever the cost! They make the show that extra special thing that it is, and without them, it just wouldn’t be as good!

This years pantomime will not disappoint anyone, there is something for everyone both adults and children alike. I always love reviewing the pantomime every year, because when I go I know I don’t have to do a lot as I know it’s already going to be so good, I can just sit back and have a whale of a time! You will not be disappointed at all! Please, everyone, go and see this! I and my family are going again, we always go twice every year as we know it is going to be so much fun!

People With A Visual Impairment: I think you will not have no problem watching this show, there is a good use of bright colours and good use of lighting, there is one point during the show where it does get dark and pyrotechnics are used throughout, so something to bare in mind. Try and get a seat in either rows ‘D’ or ‘E’ and you will be fine!

People With No Vision: Again here your have no problem there are some gags and jokes that are physical nut honestly there are few and far between, so really nothing to worry about. almost all the show is dialogue so you will have no problem following with the story and what is going on, so if you can’t get tickets for the Audio Deception, then honestly don’t worry just go to a normal performance and your have no problem.

‘Jack & The Beanstalk’ is at The Mercury Theatre in Colchester, Essex running from 24th November until 20th January 2019. The tickets for future performances always selling out fast so I would try and book as soon as possible. There are Audio Description and Touch Tour performances available, so see the theatre for details! 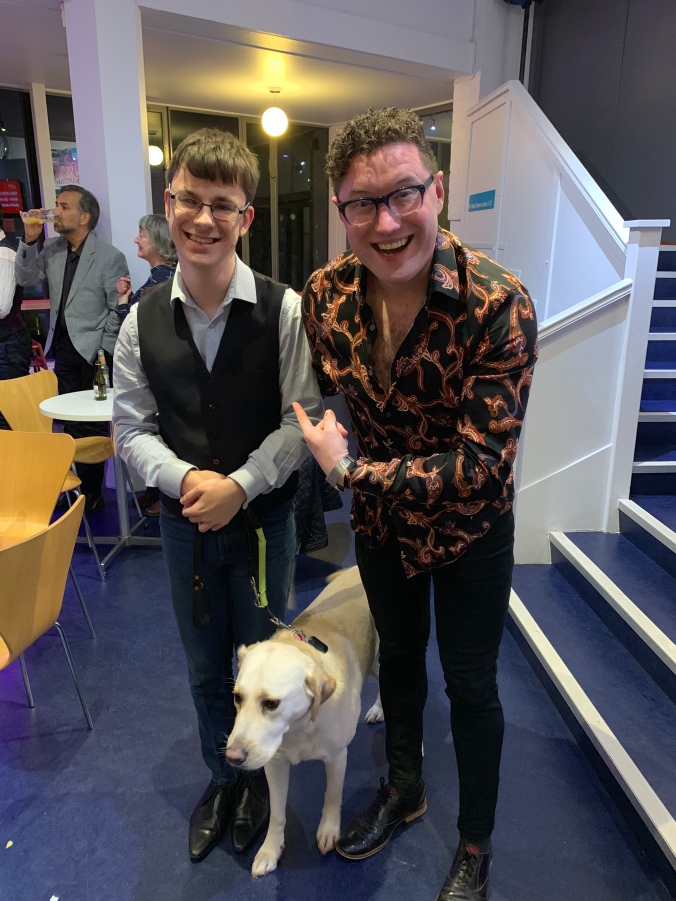